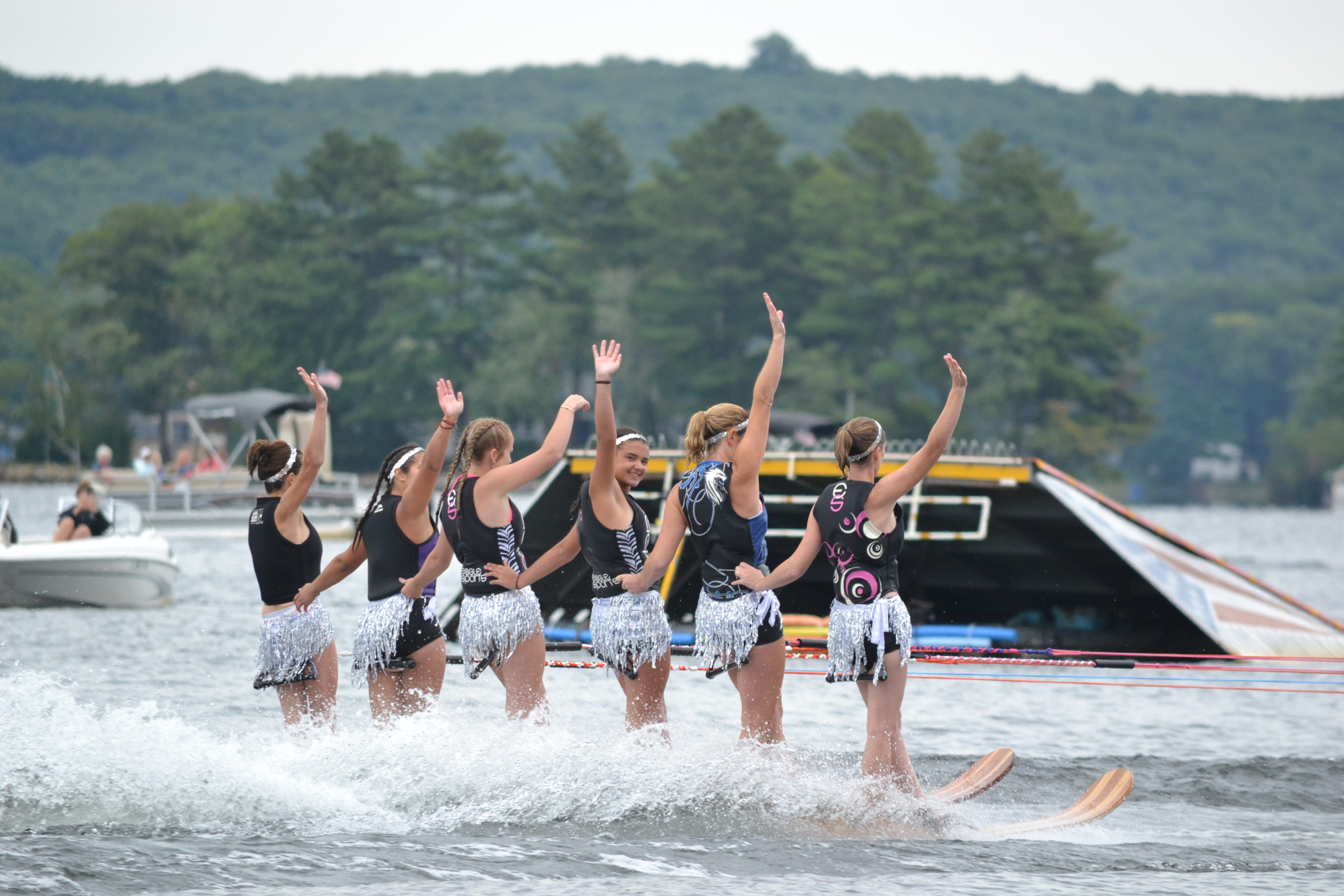 On Saturday, September 8 2018 – the Nipmuc Ski Club had our third annual end-of-the-season show featuring roughly 30 members of our club performing 17 different acts ranging from barefoot, jumping, air chair, handle doubles, boat-Os, kneeboarding and pyramids.   The show was held at the Ski Club site on Thompson Road in Webster and attracted well over 100 spectators both on the ground and watching from boats in the cove.

The show was put together and directed by show director David Say, whom worked closely with the show committee and coaches ( Jesse Reilly, Andy Grey, Ryan DesRoches and Brenda Fallon) to pull off months of practices in preparation of our show.     Many of our skiers made huge strides this year, and we couldn’t be prouder of them and all the effort and dedication that they put in!

The Nipmuc Ski Club is already preparing for our 2019 shows, which promise to be bigger and better!

Below is some photos from the event, taken by Monique Horan and Reanna Kuzdzal.